Photos are all from pixabay.com

http://pixabay.com/en/nile-aswan-elephantine-desert-495098/
Without the Nile, nobody would live in Egypt.


Without the NIle, none﻿ of the crops would be fertilized.


Withou﻿t the Nile, all of Egypt would be a desert.


The Nile is a giant river. It is longest river in the world it is about 4,132 miles long and it divides Egypt. The Nile begins in eastern Africa and flows into the Mediterranean Sea. Because of the Nile there used to be frequent flooding in Egypt, now with the help of the Aswan Dam the flooding has stopped for the most part.

﻿The Suez Canal is a man-made river which was built from 1859 - 1869.  It connects the Mediterranean Sea to the Red Sea.  The Suez Canal is used for shipping. Before the Suez Canal was built, ships had to sail around the southern tip of Africa to deliver their supplies. 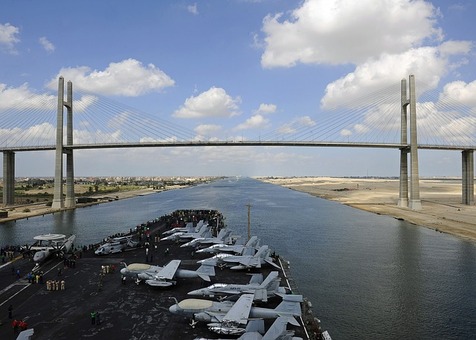 http://pixabay.com/en/suez-canal-panama-channel-water-70533/
The delta is where the Nile meets the Mediterranean Sea and dirt slowly gathers there and makes the land bigger and bigger. The delta is land. It is dangerous since the delta could just sink. For example the ancient city of Alexandria sank 25 feet in one day, then saw its last light when a tsunami pummeled the city o.

﻿﻿There are also low rolling hills to the east. Jeb Shayib, Gharib, Katherina, and  Yeleq are all mountains. So is Mount Sinai. There is also something called the Qattarra Depression in the Western Desert and it is 437 feet below sea level.
﻿﻿ 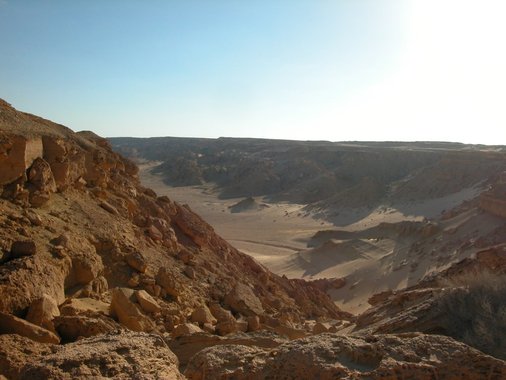